Into The Pearl of Africa

It was relieving to have reached halfway the journey.  I would take as much rest as possible but also tour Uganda.  It’s a beautiful country.  Being on the equator it has diverse flora and fauna from equatorial forests to arid desert like conditions of the north east.  Winston Churchill visiting the country (1908) called it the ‘pearl of Africa'. Lake Victoria, the second largest fresh water body in the world is a beautiful spectacle to behold.  The Rwenzori mountain is one of the very few on the continent that has snow on its peak, the River Nile the second longest in the world passes through its territory.  Uganda has diverse cultures, diverse food varieties and has some of the most hospitable people on planet; it is simply a place one must visit in one’s life time.   Here I was enjoying all it beauty. 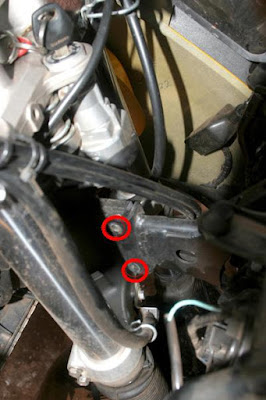 Red Mark Showing Loose Bolts and Nuts
I was exhausted from the many days of riding.  It had taken ten days and about 5100kms of tough riding.   All I wanted was ample rest.  Indeed the days that followed, I spent long hours lazying away in bed, occasionally babysitting little Gabbie, Fred’s newest member of the family. 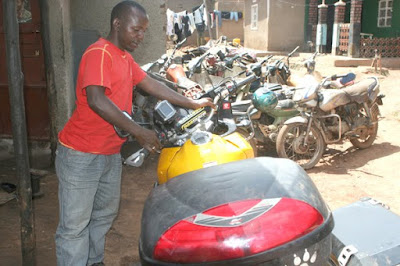 Giving Scorpion a Thorough Check
Following five days of rest, it was time to give Scorpion some real attention.  To begin with I tightened all bolts and nuts on the chassis.  I was surprised how many were loose.  The worst of them were two bolts and nuts holding the headlamps.  These had fallen off soon after I left Zambia somewhere in the southern part of Tanzania.  I heard noise but only saw the magnitude of the problem today.  I had the right mirror welded and fitted back as well as had my panniers panel beaten.  Scorpion was also due for service.  Gave her an oil and oil filter change, as well as cleaned the air filter.  It was the first time I was doing this change and was ably assisted by Fred my sibling. 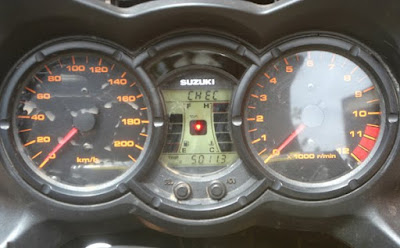 Showing Mileage Covered
Christmas was just around the corner.  So I spent some time travelling around the country.  I went to Arua which in the North West of Uganda, it was during this trip that I sneaked into the DRC. 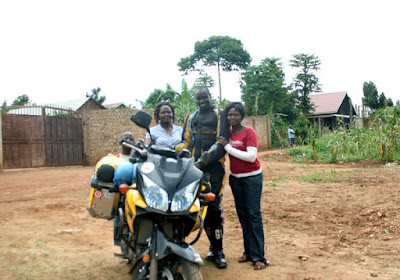 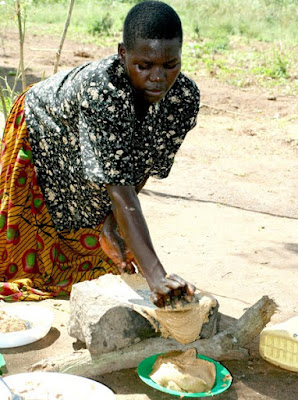 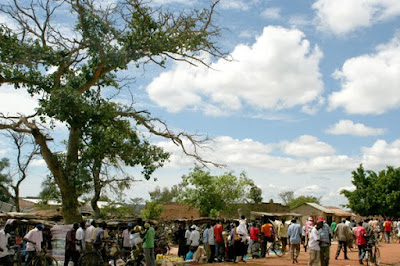 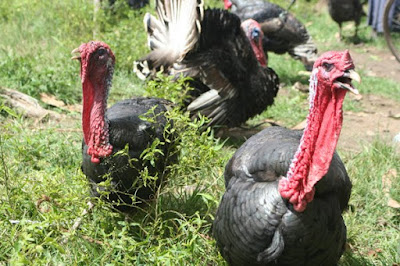 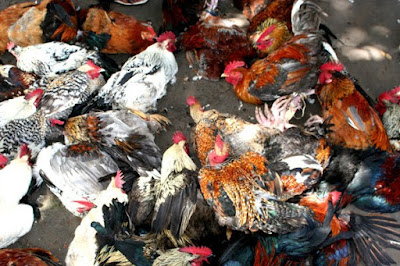 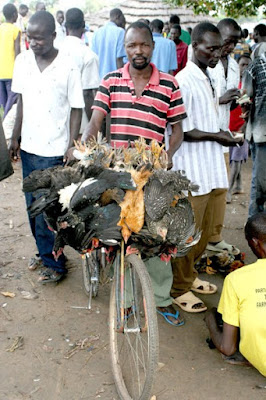 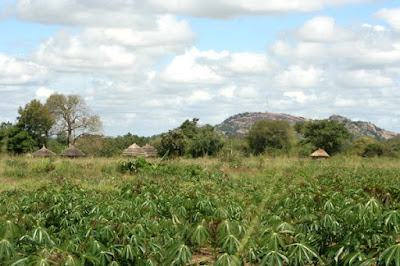 Foreground: A garden of Cassava