I had covered the distance between Bungoma and Nairobi (350km) in about 5 hours.   I went to Hekima College where I met my host Fr. Leander Kabutta, SJ.  He was missioned as a financial administrator of the retirement home for old and infirmed Jesuits situated in a Suburb of Nairobi.  Fr. Kabutta and I were friends at a college of Philosophy in Zimbabwe, but we had known each other way back in 1995, so I was in good hands.  I met many old Jesuits I knew who were now retired.  Leander and I spent many hours reminiscing the old good days late into the night.  This late hour did not bother me since my itinerary for the day was as far as Arusha, a distance of 269.6 km only. 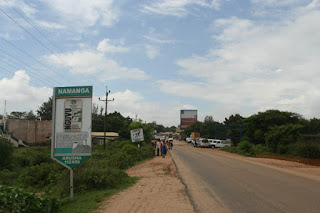 The next day, which was the 4th of January, I departed soon after I had something to eat.  As it were, Nairobi is a huge metropolitan and a visitor can find rather overpowering.  In spite of this, I snaked my way through the early morning traffic to Mombasa Road (A109).  Thanks to my Garmin Zumo ― one of the greatest inventions of the 21st Century.  Just before reaching Athi River, I turned into a Total petrol station to buy fuel as well as to ask for some grease for the chain.  The chain lube had run out and so the chain was very dry.  I thought I would scrap some grease from the lubrication garage but the attendant firmly refused.  He said I had to pay for it.  I was exasperated.  I thought this was rather mean.  This little incident reinforced my beliefs of people in this part of the world, namely that capitalism was powerfully entrenched in their psyche to the extent that hospitality and generosity were alien to these people.  Indeed there was a popular joke that said: if you wanted to know if a Kenyan was actually dead, jingle a coin.  If he turned around and said ‘that is my money’, you knew for certain that he was not dead.   But this aside, this episode was a blessing in disguise.  It turns out that I bought 0.5kg of lubricating grease, which was essential for lubbing the chain for the remainder of the journey.

I departed, turned into Road A104 towards Namanga. When I arrived at the border, this is about 10:30 am, I cleared Kenyan immigration and then went to clear the bike at customs.  It turns out that a Kenyan policeman became an annoying spectacle.  He was insisting that I pay third party insurance.  I could not understand why a Kenyan policeman was insisting that I buy third party insurance for the Tanzanian side especially given that I was leaving the Kenyan territory.  My travelling experience had ensured that I had developed a bag of measures for dealing with border-post-crossing.  On this occasion, I determined that pure cold logic was the way to deal with this rogue policeman.  So I began by establishing the facts:
“Sir, are you a policeman?  I asked.
He looked at me suspiciously as if to say don’t you have eye before he replied, “yes”.
“A Kenyan policeman?”  I pressed on.
“Yes.” He was visibly uncomfortable.
I went for the jugular, “Sir with due respect, how come that you are now an insurance broker for the Tanzanian government.  Yet by your own admission you are an officer working for the government of Kenya?”
“Oh no, I was only trying to help,” he quickly responded.
“In that case, you have already been most helpful.  I will be pleased if you let me pursue this matter at my own pace,” I said with finality in my voice.

I could see he was rattled and thoroughly disliked me.  In my view, he definitely was out to make a quick buck from an unsuspecting traveller.  I wondered how many he had robbed in this manner.  But when you are a seasoned traveller like me, you become accustomed to meeting all manner of characters at any border post, some of whom collude with custom and immigration officials in making a quick buck.   Well, finally I was on the Tanzania side, where I was welcomed like a long lost cousin.  I filled in all the papers required to clear customs, as well as immigration and was soon on my way to Arusha. 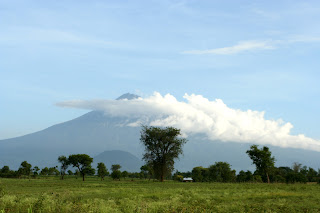 I rode without stopping to Arusha.  I liked this city.  I had lived here from 1995-1997.  This meant I had friends.  At the home of one of them, I arrived and sojourned for three days. 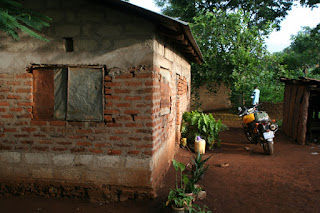 My hosts in Arusha