Arusha city is roughly a 100km from Namanga border post.  It is the capital city of this region of Tanzania and is populated mostly by Wa-Meru and the Masai nomads.  Seen from the west, Mount Meru which forms the crest of the city sits behind the city with outward flanks that stretch as if they were embracing the city.  From a geopolitical stance, Arusha is a tourist and a diplomatic hub, as well as the de facto capital of the East African Community.

Well, I had driven down the Nairobi-Arusha road myriad of times from 1995 when I first moved to live in Arusha.  The stretch that particularly fascinated me was the Namanga-Arusha road.  It is mostly a barren road with vast open plains adorned with stunning round hills that are green during the rainy season and turn light brown during the dry season.  Furthermore it is also decked by occasional acacia trees and the appearance of a zebra or some other game in the distance.

Travelling down this road always reminded me of the sublime beauty of the savannah plains that is unique to the African continent.  It is a home that I embrace ceaselessly.  Riding through it was a great way of exploring this vast expanse.  It is no wonder that David Livingstone found it irresistible; in the final analysis he died in Africa. 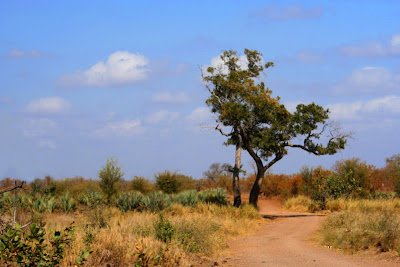 As I rode towards this magnificent city in its own right, I settled in my reveries as I was accustomed to do on this odyssey.  I recalled an incident a couple of years ago, I was travelling on a Scandinavia Bus en route to Dar es Salaam when it run into a bull giraffe.  It was the most frightening experience of my life: The noise of the impact, the shattering glass flying all over the place, the noise of the passengers screaming in all manner of languages and descriptions, the bus veering off the road, and the reek of the giraffe flesh.  It was simply horrendous to say the least.  When the bus finally came to a stop because of the dexterity and calm response of the driver, I was shaking like a leaf in the winds, but glad to be alive.  It seems to me that the giraffe was foraging on the acacia trees beside the road when it was startled, unfortunately it turned into the road and the bus ran into its neck and the head killing it on impact.  This entire event traumatised the passengers.  And in addition, our trip was delayed by about six hours since the matter had to be reported to the police.  I overheard someone say this was because the giraffe is the Tanzanian national symbol.  Well, in this manner I rode into Arusha.  It had been a gentle ride that I enjoyed thoroughly. 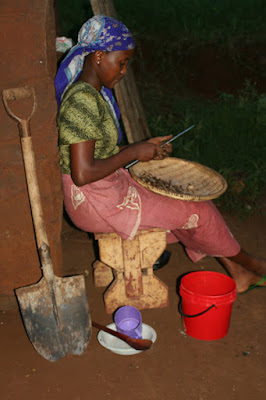 Tumaini Host
I spent four days at Njiro Arusha with a family I had known in the past.  I also meet old friends and rode around the city on a couple of occasions.  The place felt strange: anyway I had been away since 2004; it was enough reason to make it feel strange.   I also took notice of two things: it was without a doubt that there was more traffic on the road and that the food prices were exorbitant.  What was most rewarding was the time I spent resting and preparing for the long trip back to South Africa. I must say in conclusion that Arusha is one of those places I happen to like because of its curiousness.